Something happened in February to the Google Algorithm. Was it a major update? Here are the top theories and how what happened can affect you.

Have you felt a tremor in the Google SERPs recently? Many SEO experts and webmasters have reported noticeable volatility in the search results.

In early February, some high-ranking pages suddenly disappeared from the first page. Low-ranked pages have climbed up the ladder. 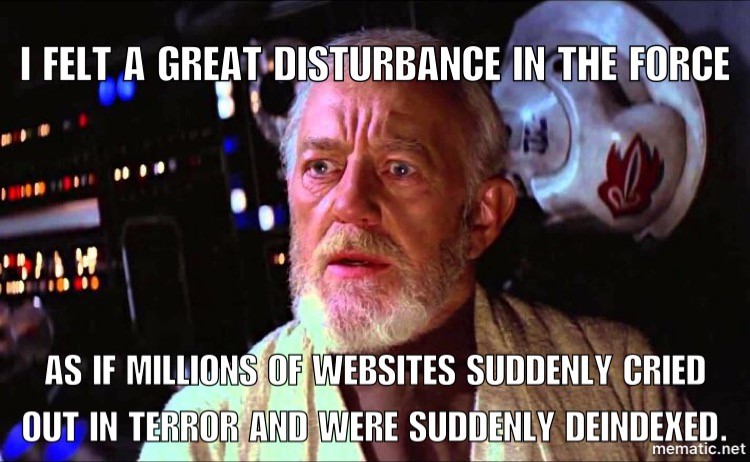 So is it something fleeting? or has Google launched a significant new search algorithm? If so – how does it affect your business?

Google hasn’t made any official statement about recent updates. But recent changes in ranking show that the updates are noticeable and consequential.

What did Google do and could it affect you?

No-one is 100% certain but according to Search Engine Land the update seems to:

Whether you use ‘questionable’ links, or have set up a PBN isn’t the issue. Your web-site’s rankings are at risk.

Every time Google makes a major algorithm change. You could drop or rise – even if you’re just collateral damage.

Why does Google keep updating its search algorithms?

Google is constantly updating to guarantee users access to the most relevant pages. Google makes hundreds of small changes of one kind or another to its algorithm each year.

Most of these changes are gradual and incremental. The changes ensure quality and relevance

The last significant algorithm update came in the second half of last year with Penguin 4.0. If SEO is important to you, you are already aware of the nature of all significant updates.

Penguin focuses on making sure web pages with shady and un-useful links do not make it on SERPs.

The Google Panda update looks at the content and quality of sites.

They are not as cute or nice as their names might suggest.

With a handy website penalty indication tool we can see when major algorithm changes took place. The Website Penalty Indicator chart below shows how algorithm updates and optimization changes we’ve made affected one of our client’s websites.

Besides the algorithm updates, SEO activities can have negative or positive ranking changes. You can see where technical SEO updates we made in December and January resulted in an organic traffic increase.

Google Hummingbird may also interest you. It helps make queries return more relevant search results. It allows Google to scan the queries typed in the search box. It deciphers words, synonyms, and looks at the context of the query.

The latest spikes in SERP volatility are likely the results of a tweak to one of these major algorithm updates.

Is this a Build-up to Something Huge?

Late 2016 had a couple of months of relative calm. In December last year, Google appears to have resumed significant algorithm changes.

Mid to late December has seen increased movement in SERPs ranking. It reached its peak on January 24th or someday around that time. That is until the 7th of February arrived.

What Do the Trackers Say?

Many tracking tools recorded significant spikes in activity. SEO experts believe it’s likely that a major update is around the corner. Even if the spammy links are not the real target, this recent increase in SERP activity means something’s happening.

Tracking tools unanimously agree to something out of the ordinary going on when it comes to SERPs. But Google has not denied or confirmed any algorithm updates.

What is the Chatter All About?

Chatter on various Google-centric platforms gives us a clue about the nature of this current volatility. Webmasters and SERPs experts on various platforms like WebmasterWorld are discussing this emerging phenomenon.

For some, the recent change has meant bad news. As one chatter says: “I’m just shocked of what is happening. The website lost 20% of traffic and keeps going down.”

For some others, the recent change has brought positive results. “Yesterday (Tue 7th) I saw a huge spike in organic traffic, ~30% over avg, and 18% increase from previous record day.”

If you are following all the Google Guidelines and have your web-pages optimized with unique content and quality backlinks, you are probably experiencing a hike in your SERP rankings. When it comes to the exact nature of the reasons behind this disturbance, the SEO enthusiasts are uncertain. As is apparent from comments like these:

“The SERPs are far away from being settled in their new Meta state.”

“Significant SERPs changes going on and I’d have to wait and see if it settles, but traditionally high placed sites appear to have been booted down the SERPs. I haven’t had time to analyze it just yet, but it looks like a major shift.”

What Does it Mean for Your Business?

If you are smart and stay away from Black Hat SEO techniques, your website will come out on top through all this volatility. To fully understand the true repercussions of the current changes you might have to wait and see. As one SEO expert on WebmasterWorld’s forum says:

If you have some not so great links attached to your website, use Google’s Disavow Links tool to make sure your website is not brought down by low-quality links. Publish interesting and relevant content and see your website dominate the SERPs rankings.

Not getting everything you want out of your site’s Organic Search rankings? Feel free to reach out and let’s discuss your SEO challenges, goals and needs.

Thanks to our deep roots in NeuroMarketing and research, we know how to connect consumers to brands and motivate action that maximizes ROI.

1) We understand how to build emotional connections with consumers to capture share of mind and drive results.

2) We offer experts from your side of the desk who understand your unique marketing challenges.

Find out how we can help you!

How Neuromarketing Can Improve Your Brand

Was Google’s Algorithm Updated and How Does It Affect Your Business?